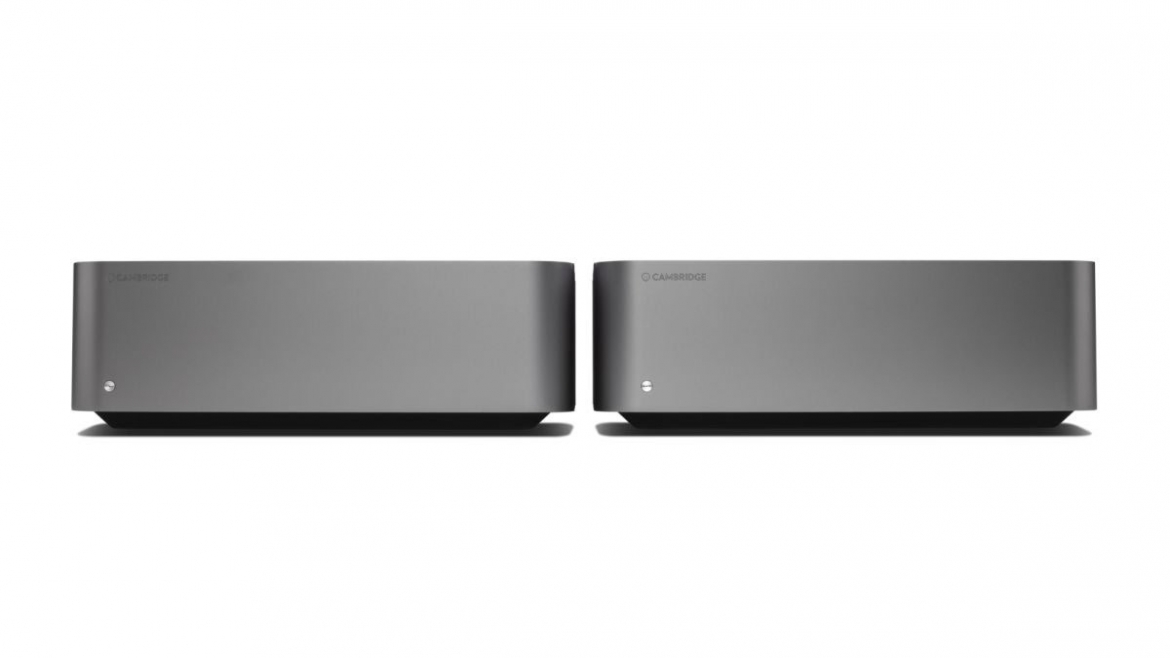 The Edge M takes the principle design of the existing Edge W power amplifier and applies it to a monoblock design, promising double the power and a "more faithful, dynamic sound with less distortion". While we've not had the pleasure of spending time with the Edge W power amp, the Edge A integrated amp received a glowing five-star review from us over the summer, as did the Edge NQ pre-amp and network streamer.

The minimal design includes the Edge series’ trademark curved extruded aluminium front and floating top plate across both boxes. Balanced and unbalanced inputs are provided along with speaker outputs, and underneath the calm exterior, Cambridge Audio assures users they're getting some extraordinary audio engineering.

Edge M promises to retain the characteristic clarity and musical depth of its Edge W stereo counterpart but, because each unit drives a single speaker, the power output is doubled to 200W RMS into 8 Ohms.

With twice the power, Edge M promises effortless dynamics and less distortion, both per channel and between the channels. Since it is also fully balanced from input to output, Cambridge Audio says it's "immune from noise", too.

As with the Edge W, Cambridge Audio's engineers have worked hard to minimise the number of components in the Edge M’s signal path.

Edge M uses an opposing symmetry twin toroidal transformer design, which should cancel out stray electromagnetic interference while at the same time maintaining power and a consistent tonality, even at loud volumes.

As you'd expect, the Edge M monoblock power amplifier is designed to partner perfectly (but not exclusively) with other Edge components in Cambridge Audio’s Edge series, which was originally unveiled in 2018 as a three-strong flagship range to celebrate Cambridge Audio’s 50-year history.